Another Goldrush After The Goldrush 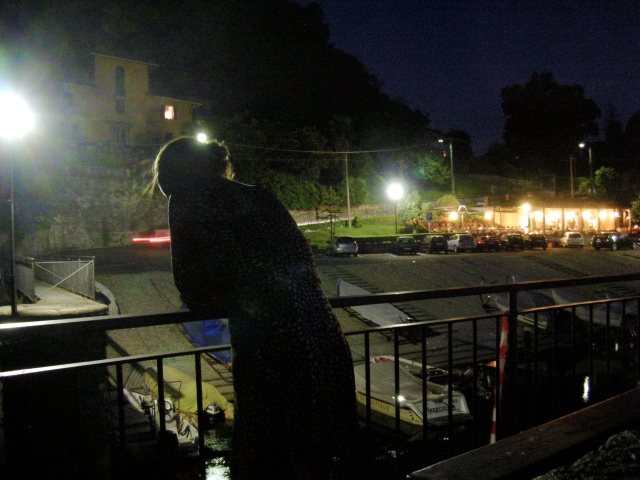 Last week I found myself in Sister Ray Records, on London’s Berwick Street, looking for a copy of Neil Young’s After The Goldrush, for my godson, who would celebrate his 16th birthday in a few days. It was a sharp, and cloudless Saturday morning, with the air temperature so cold I was grateful for my thermal underwear, and Thinsulate beanie hat. Whether it was the extreme cold, or the Saturday morning lie-in (or a combination of the two) Soho was deserted, and I found myself being the only customer in a store that is almost as big as Ronnie Scott’s, itself a few streets away.

I know Sister Ray’s glass double frontage well, having dwelt outside it many times to see what’s what in a modern music culture that left me behind a long  time ago. Like a lot of men of my age most popular music leaves me cold. My thrills nowadays coming from jazz, country, folk, and blues. But I like to know what’s going on, which requires me to keep up to speed via music reviews, repeated listenings to iTunes, and scanning the windows and ‘staff recommendations’ of emporiums like Sister Ray.

I had gone specifically to that store because I wanted to buy my godson a vinyl copy of the album that had started my lifelong affection for Neil Young. The album, as famous for the the standout track Southern Man as it is for Young’s patched jeans on the cover,  also kick started an abortive and rather embarrassing predilection of mine for faded denim; but that’s another story for another time. My godson’s father had mentioned, by way  perhaps of impressing me with his son’s cultural sensibilities, that his boy had returned home some weeks before with a stack of used vinyl albums. This, in itself, is not so remarkable. After all, there has been no shortage of articles in print and online regarding the increasing popularity of vinyl, especially among young people. I know of only four regularly used old fashioned record decks in homes, and two of those are mine. But it’s impossible to argue with the facts that vinyl album sales were up 40% in 2011 over the previous year. And while vinyl albums in the UK may only account for 0.2% of overall sales, that still constitutes over 250,000 brand new 12” platters. I understand that vinyl singles are doing equally as well.

I telephoned several stores that stock vinyl, from a list I came upon on Google. Sister Ray was the only one with a copy of Neil Young’s 1970 breakthrough album. They had several copies. Excited, I asked about others in contention: The Stone’s Exile On Mainstreet, and Crosby, Still, Nash & Young’s Deja Vu. Both were in stock, but, said a voice, I had better make my mind up quick on the Stones’ 1972 double as Sister Ray had only the one remaining.

There is a lot of talk about vinyl having a better sound quality than compact discs, and downloads. Just the very hint of a better sound (the word often used is ‘warmer’) brings the digital nerds out of the woodwork. Frankly I don’t know if it’s better or not. My godson’s father (the owner of one of the other two record decks I mentioned) said he thought vinyl would always have an enthusiast, limited edition appeal. In the way that some people, he says, would rather own a hardback instead of a paperback book. I like the analogy, because I can’t say I enjoy the words contained within a hardback edition any more than those that constitute a paperback version. Print is print. I read at the same pace, and get the same thrills. But the hardback versions look better, and I tend to treat them more reverentially. I feel the same way about vinyl. Compact discs are nasty little things, and downloads, well, they’re nothing but code. The best you can say about both is they are convenient. And that’s good enough most of the time.

In an effort to nail this I’ll finish this preamble by saying that there must be something in the vinyl revival for the simple reason that some weeks ago it was the subject of a Radio 4 Today report. I always enjoy those sorts of items on the show because it means  the story would have been hot news weeks before. Like me hearing a tune by Flight of the Conchords, and thinking I’d found some unknown Antipodean gem only to be told by my wine supplier, a House addict by the name of Slacker, that the comedy duo had enjoyed a hit television series for a number if years. Radio 4‘s Today and I have much in common.

Deciding upon After The Goldrush, Q Magazine’s 89th greatest album of all time,  was easy. I love it, and those screeching industrial guitars and Young’s  emaciated vocals still sound good today. Whenever I buy music for kids I make certain it’s only something that effected me. I’ve given What’s Going On, The Last Record Album, Catch A Fire, and more copies of I Am Shelby Lynn than I can remember.

To be certain my godson didn’t already have a copy I called his mother, who surreptitiously went into his bedroom while he was downstairs in the kitchen, apparently raiding the fridge. It wasn’t the fact that he had a dozen or so albums to his name, it was the artists he had that stopped me in my tracks: Two albums by Van Morrison (Astral Weeks being one of them), two from Littlefeat, one by John Martyn, and couple by The Clash. A cool selection in anyone’s books, and not one of them recorded within the past 30 years.

I did some more digging around and discovered that the best selling album, on vinyl, in 2011 was Abbey Road, probably the least loved of all their albums by the actual Beatles. I read a long time ago how Lennon rejected the pop concept medley on side two. It may have made more sense if the best sellers list had been dominated by other vintage releases. It would have at least been in tune with my godson’s taste. But no. Artists selling well on vinyl include Fleet Foxes (29,700), Bon Iver, Mumford & Sons, and of course Adele. The only other old school rock band in the best sellers (I daresay they repudiate that description) is Radiohead.

No, my godson is listening  to music that was made before his father was old enough to drink. Which is incredible. I recall my own father, who used to work  for the Daily Mirror ‘back in the day’, coming home with a Buddy Holly album. Upon learning that I was into pop music the office messenger had generously leant me Holly’s most recent. As if I had any intention of playing it. Why, I reasoned in my angry young man way, would I want to waste my time listening to music recorded some years prior by a man in glasses who had been dead five years?

Pop music, if it is to have any relevance at all, must speak to the generation for which it is made. Well, that’s how my school friends and I figured it. Anything more than a year old wasn’t worth the price of the plastic it was pressed on. For all my father’s enthusiasm for Buddy Holly,  Elvis Presley, Billie Holiday, Big Bill Broonzy and Bunny Berrigan I only had time for current music, and I respected my father’s opinion. He played a cool boogie woogie piano, and among many claims to fame, had actually performed on stage at the original Cavern Club, in Liverpool.  But come on. Like I was going to turn up at my mate’s house with something recorded five, ten , twenty, even thirty years before. If the 60s meant anything, it meant modern.

When I was my godson’s age we didn’t do old. There was far too much ‘now’ for us to waste valuable time on ‘then’. The equivalent to my godson’s taste for ‘progressive rock’, as it was called then, would have been me buying 78rpm copies of Cheek To Cheek by Fred Astaire, or Judy Garland’s You Made Me Love You, or The Boswell Sisters Alexander’s Ragtime Band. If one thing marked out music fans in the 60s and 70s it’s that they were defiantly ‘now’ people. Old simply wasn’t cool, even if it was any good, whatever device you played it on.

The 60s and 70s was a golden age for popular music. This was, after all, the period when record companies signed acts without expecting a return on their investment, sometimes for years. Think about that when you’re chucking bricks at the big corporations; blaming them for the ills of the world.  It’s inconceivable that any of those acts in my godson’s record collection would get near a recording contract today. This is the generation of instant gratification. The idea of an artist being paid to develope as a performer and writer is an anathema to most current MDs.

I first noticed a change a few years ago. I was at a Christmas party for the women’s magazine Elle. I wrote a monthly motoring column and recall getting into an intense conversation with a couple fresh faced girls from the fashion department, who only wanted to talk about Lou Reed and the Velvet Underground. When I said I’d bought Transformer the week of release, and recall the humourless one performing Walk On The Wild Side on the BBC’s Old Grey Whistle Test, they nearly fainted.

The music was good then. Of that there can be no doubt. But Elvis was pretty good in his day too, Holly, Ellington and a raft of others also. My godson and I went to the Hop Farm Festival in Kent the year before last, to see Dylan. Ray Davies was one of the support acts, and I don’t know who was more surprised, him or me, to see thousands of kids singing along to songs that were hits when their grandparents were that age.

I just hope he likes After The Goldrush. He’s of an age when A Man Needs A Maid might have some relevance.

This entry was posted in London. Bookmark the permalink.