Don’t Lose A Day – it could cost you 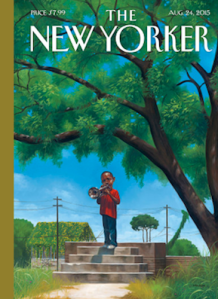 Asta and I had enjoyed the short saunter into The Old Town the other day to pass on some back issues of The New Yorker magazine to the only person I have ever known to read that wordy periodical from cover to cover; no mean feat when many articles can be over 10,000 words long.
The recipient of my half read east coast’s bibles is a dear friend who shares a handsome Georgian house with a reluctant black Labrador. The house is a monument to faded elegance, illuminated almost entirely by my friend’s seductive radiance; a rare and very special hybrid literary fashion glam. In one room there are two open fire places, with logs chosen as much for their aesthetic charm as their latent thermal qualities. There are chandeliers, and books, feather boas draped across the furniture, and framed photographs on every wall
I hadn’t seen my friend for a couple of weeks. She had cancelled a dinner arrangement on the grounds of having a dicky tummy, that I suspected at the time of being entirely self inflicted. She is stick thin, with a back straight as a rod, surviving on a diet of home baked bread (made with treacle), vegetables, Prosseco, and sea kale. The sea kale, that grows in abundance on Old Town Cove, along the Camel past the Iron Bridge, she serves to a cow-eyed obeisant relative, in-order to give her the shits.
In fact, my friend’s illness turned out to be something more serious, and within seconds of appearing at her door, in that assertive, faintly 1940s schoolmarmish way she has of speaking, she barked “you must live every day to the fullest. Don’t lose a day.” Spoken with the sort of certainty she normally reserves for demanding a second bottle of Prosseco.

…lose a year and risk going without

I am happy to report that she is back to full health and yet barely a day goes by when I haven’t relived her doorstep advice. Because, of course, losing days is easier that we think. Traffic jams, watching television, dicking around on the internet looking at what your friends ate for dinner the night before, and trying to get hold of anyone at BT are popular ways of losing several days a year.
The late Jeffrey Bernard, author of the Spectator’s Low Life column, who famously consumed industrial quantities of vodka and soda, and whose column was described by Jonathan Meades as “a suicide note in weekly installments”, lost 14 years. Whilst researching anecdotes for an autobiography that never appeared the writer famously appealed in a classified ad for anyone who “could tell me what I was doing between 1960 and 1974.”
All of which brings me to the Department of Work and Pensions, that I see is the papers this week for publishing a disingenuous leaflet in which fictitious people explain how the current changes to benefit is helping them. Looking ahead to the day when I also will be on a fixed income I asked for a projection of what size of pension I could hope to expect? Needless to say it will be well below the figure the present Chancellor of the Exchequer is promoting. Of course, I expected nothing less, especially as a recent report predicted that it will take 20 years before most people will have enough entitlement for the full amount – an eye watering £7400.00, a sum that to paraphrase the Sundance Kid – “won’t even pay for my bullets”.
At the heart of my (and others’) predicament are the statutory 35 qualifying years; the years for which a National Insurance Stamp must have been paid. According to the DWP I am four years shy of the full 35 and will therefore be deducted 4/35ths from the full amount. Three of the years the DWP insists were paid too late to qualify; that is another story. The ‘lost’ year that fascinates me is the one I spent at CBS Records, in London’s Soho Square. Happy times when I worked with my good friends the late Pat Foxton, and Jonathan Morrish. It was a time when I worked with Wham! and also worked with and befriended Sade and her band.
Some year, you’d be justified in saying. And it was. It gave me a taste of travelling in limos, never paying for nightclubs, nor arriving or exiting at gigs by the front door. And yet according to the DWP and CBS Records it that year didn’t exist. According to the DWP I was off the grid that entire year and didn’t make any payments. When I put this to CBS, the architect of my memorable 15 months, I drew a similar blank; all records for that time have been destroyed and as far as the company is concerned there is not a shred of proof that I ever worked there.
The Inland Revenue insists we keep all financial documents within six years, which by default means we trash anything older. Mistake, because the bank also trashes them.
So here I am, under instructions never to lose a day, and what do I do, with a little help from CBS Records, Barclays Bank and the DWP, I manage to lose an entire year. You might not think that much in the grand scheme of things (maybe no more that a bottle of Prosseco a week) but when we can only count on getting four score years (if we’re lucky) losing one can be costly.
My friend’s advice that I lose not a single day is good. It may be even better not to lose any proof that you had that single day in the first place.

This entry was posted in health, media. Bookmark the permalink.